Once again, in the rejigged Brisbane Global Tens, the River City plays host to a star-studded line-up of Wallabies, All Blacks, Super Rugby champions past and present for two days of action-packed abridged rugby with 10-a-side players on the field. As last year’s inaugural event proved the record heatwave was sapping on the players and having lots of subs was essential. This year the organisers, Duco Events, have decided to tweak the program to play afternoon/evening matches on Friday and Saturday.

Backing up from last weeks electric HSBC Sevens International event last weekend in Sydney where both Australian teams won their respective tourneys, Tens bridges the gap between fast-paced 7s and the more technical 15-a-side game. Five man scrums means grunt is needed with space out wide for electric backs to impress. However, seeing Brumbies prop, Ben Alexander, have a run with space at last year’s competition was a highlight. This year we have another mobile prop in Taniela Tupuo for the Queensland Reds, which will be great to see in action.

Last night at the Reds intra-squad trial and Twilight Fan Day, Brad Thorn had a few words on the upcoming 10s tournament,

“The Tens provides a good opportunity for the players to put into action what they’ve worked on throughout the pre-season.

“We’ve got three pre-season fixtures this year, we felt it was important to give everyone an opportunity to showcase their skills. It’s a good reward for their hard work.

“Last year’s tournament was fast and physical and provided a good challenge a couple of weeks out from the season. No doubt the guys are looking forward to getting out there in front of our home fans.”

As a precursor to the 2018 Super Rugby competition, both the Australian and New Zealand franchises will showcase their respective 2018 squads alongside the international sides of the Robbie Deans’ Panasonic Wild Knights from Japan, the All Black-studded powerhouse Pau from France and rugby entertainers Fiji rounding out the 12 teams. The 4 teams from Australia, 5 teams from New Zealand combined with the three overseas teams making three even Pools: A, B & C of four.

Pool A: sees the Queensland Reds, Auckland Blues, Melbourne Rebels and Panasonic Wild Knights fight it out. In Pool B: last year’s champions the Chiefs play the Waratahs, Highlanders and Pau. Pool C: sees the Brumbies, Crusaders, Hurricanes and the newcomers, Fiji. This format will run in conjunction with a women’s competition from the four Australian franchises of Reds, Waratahs, Brumbies and Rebels.

The ambassadors for this competition are Kurtly Beale from the Waratahs, Julian Sevea from the Hurricanes and Liam Messam from the champion Chiefs outfit. Also, the French side, Pau, provides former All Black greats Conrad Smith, Colin Slade and others plus former Wallaby captain and Brisbane rugby product, Ben Mowen. Another Brisbane rugby great, Reds & Wallaby hero, Digby Ioane playing for Panasonic Wild Knights says he’s keen with a post on Instagram: “Come support the boys at Suncorp next week. Up the Wild Knights!” 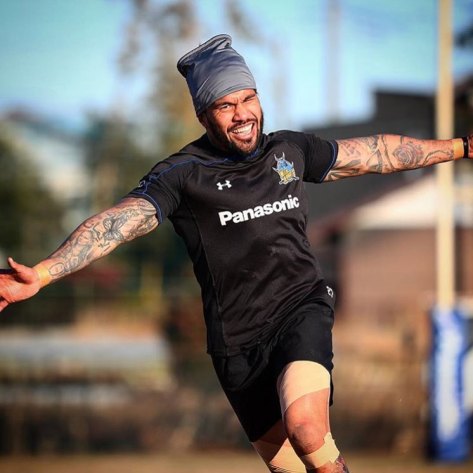